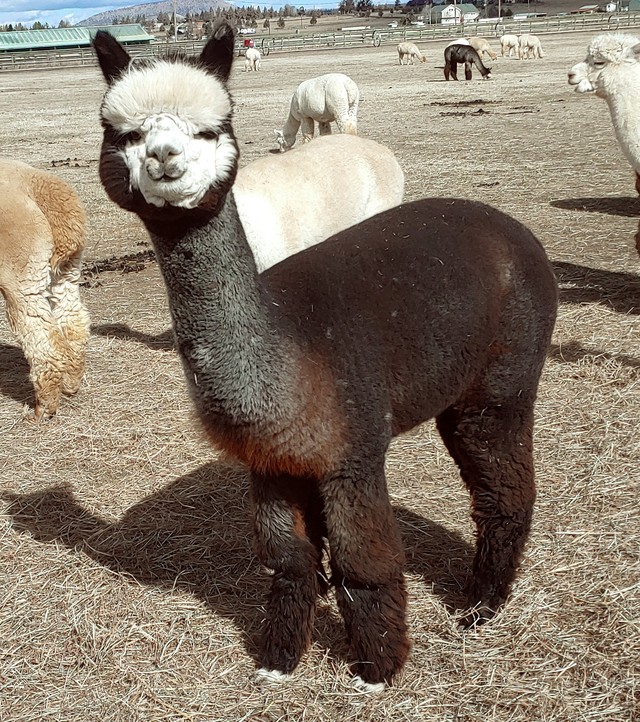 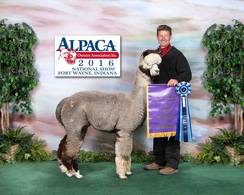 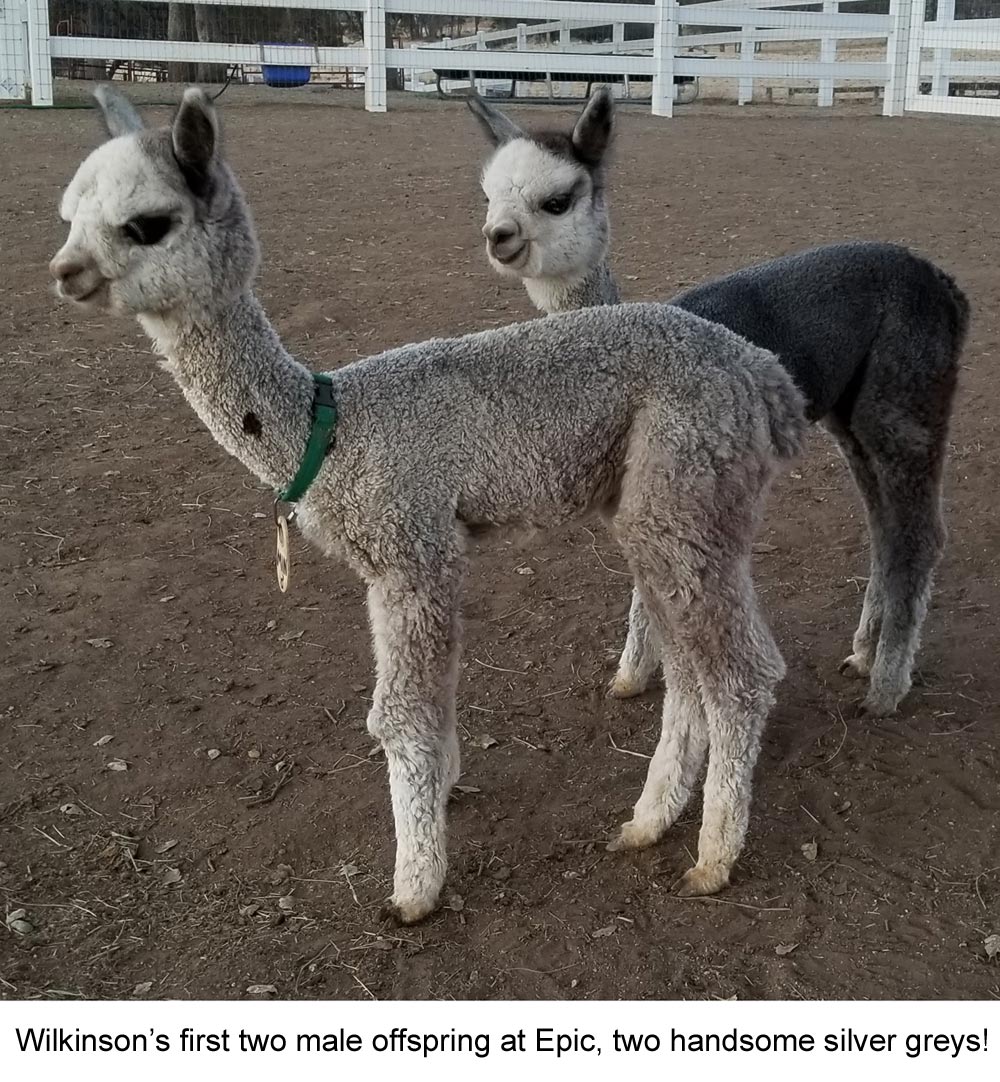 Enormous thanks to Scott and Debbie Miller of Crescent Moon for sharing this incredible male with us - we are honored and delighted to be partners with them! Wilkinson is going to make one heck of an impact here and on the future of grey huacaya breeding!
Dam: Crescent Moon's Apropella 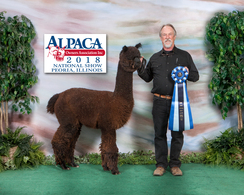 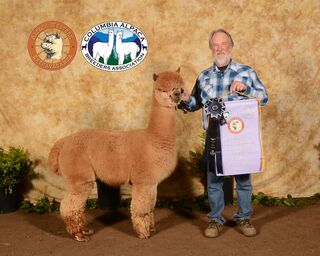